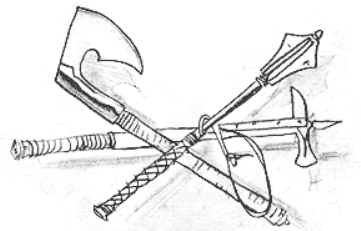 There’s often confusion which unit really needs which upgrades. We all know the little arrowhead icon will improve your archers. But what about cavalry archers? Or ranged units like Mamelukes? What about those gun wielding Janissaries?

This one is really simple, they count as archers. Additionally they’re affected by Bloodlines and Husbandry in the stable, but in the Blacksmith, they only need the archer upgrades.

This applies to all mounted units with bow & arrow! Including Mangudai, Camel Archers, Kipchak, War Wagons and Elephant Archers.

Unlike their bow-wielding counterparts, these guys don’t shoot pointy sticks at you. This also means they don’t benefit from the archer attack upgrades. However, they’re still classified as ranged units, so they benefit from the armor upgrades. Additionally, Conquistadors are helped by Bloodlines and Husbandry in the stable.

This applies to Conquistadors, Hand Cannoneers and Janissaries. Additionally, Arambai, which throw darts, are only affected by the armor upgrades.

The above logic doesn’t apply to the Inca unique unit. Slingers are in fact affected by all archery upgrades. Even though they don’t shoot arrows either.

Looks can be deceiving and these masked desert raiders are best at confusing new players. They’re a ranged cavalry unit but they throw scimitars at their enemies. So they count as pure cavalry in the books. Not even Ballistics influences their stats!

Almost the same story as above! Throwing axeman count as infantry in every aspect, they just happen to throw their weapons at you.

Longboats and your Feudal Galleys are they only units to shoot real arrows, War Galleys and Galleons shoot oversized bolts. But they’re affected by Blacksmith upgrades regardless!

Note that these are the only affected boats though. Cannon Galleons, Turtle Boats, Demolition Ships and Fire Ships are unaffected.

In Age of Empires II: The Age of Kings, Scorpions used to be affected by the ranged attack upgrades. This is no longer the case though! Not a single siege engine is affected by the blacksmith.

They’re also not affected by the Ballistics upgrade.

No, villagers are not affected by the Blacksmith, unless you play with the Incas! In that case, all infantry upgrades affect them. Making your economy incredibly resistant against raiding.

If you have questions about any other units and their upgrades, don’t hesitate to ask!