The classic maps from Age of Empires 2 and even The Conquerors expansion have been around for years and we know them back to front. The newer additions from the more recent expansions are still uncharted territory for so many of us. We thought it was time to jump in and explore some of the new possibilities these maps provide and breakdown the basics to get your confidence up. This way you can hit that ‘I’m ready’ button knowing you are truly ready. Valley is one of our personal favorites here at Forgotten Empires, lets take a look into why we love it so much and how you can make it your home ground! 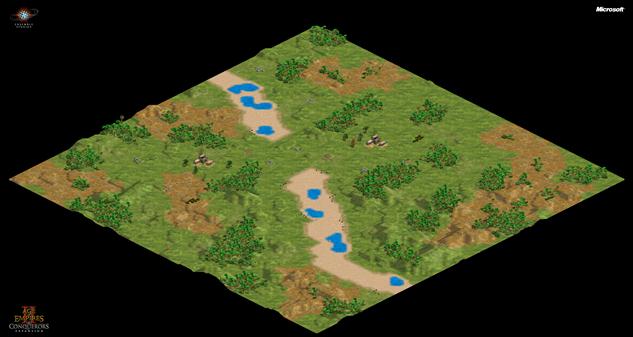 This gives us serious information about the map packed into a small amount of text. There is what remains of an old river than runs through the centre of the map, a large amount of hunt has gathered along its remains. On top of that some of the river still exists in small puddles occupied by shore fish; this means making a push for the central hunt and putting down a Mill is a risk really worth taking. The bountiful amount of resource in the centre of the map is enough to give you a leg up on the competition, but naturally whenever there is an advantage; be ready to fight for it! This map forces players to move away from their Towncenter and risk it for this advantage, if you don’t move forward you may have just let your opponent take a huge free step towards victory. The early game push for territory means you’ll be fighting with villagers, utilizing aggressive towers and don’t even get us started on the stupid things you can get up to with palisades! 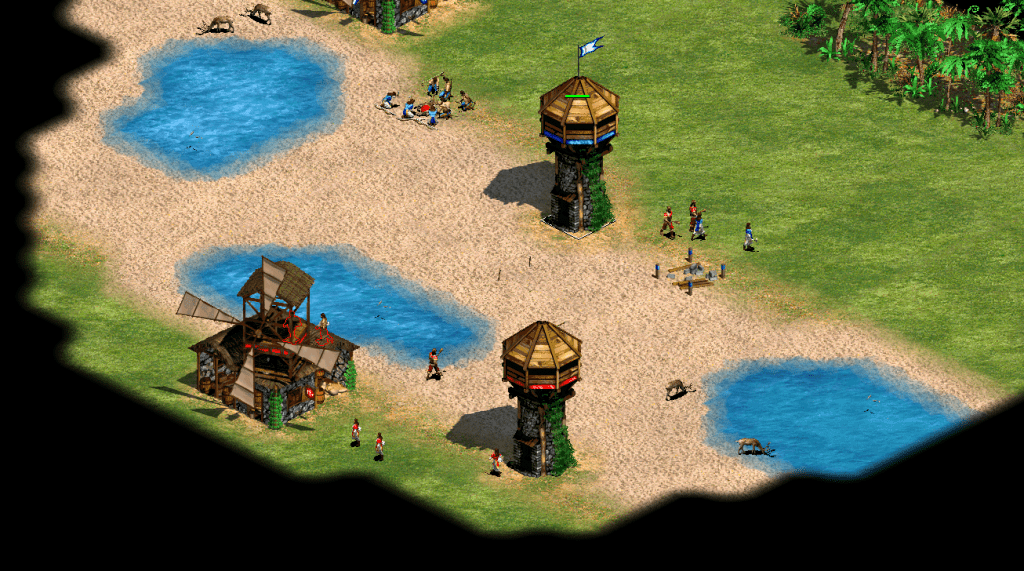 Each player will be given two Boar, the same as a lot of basic maps from Conquerors and a patch of berry bushes occupying six tiles. You also have the chance to receive cows instead of sheep, remembering cows are worth 150 Food instead of the standard 100 you receive from a sheep; this can put you in a very good place early on. The extra food means you can delay farms and focus less on your wood income in the early stages of the game, giving you the option to move to gold earlier or throw up some extra military buildings. You’ll also get four Gold piles, two of these piles will occupy five tiles; while the other two only occupy four. You even get three sets of stone each occupying four tiles; these will help with your recovery from all those early towers trying to take the hunt advantage. Even if you’re not ready to go forward straight away, there will be a small patch of deer near your Towncenter. The woods are scattered across the map in small clumps and will force you to move around in order to keep your income high. Lots of players find placing multiple lumber clumps across different patches yields the best results, you’ll have to move far less often and it gives you a much more steady income. 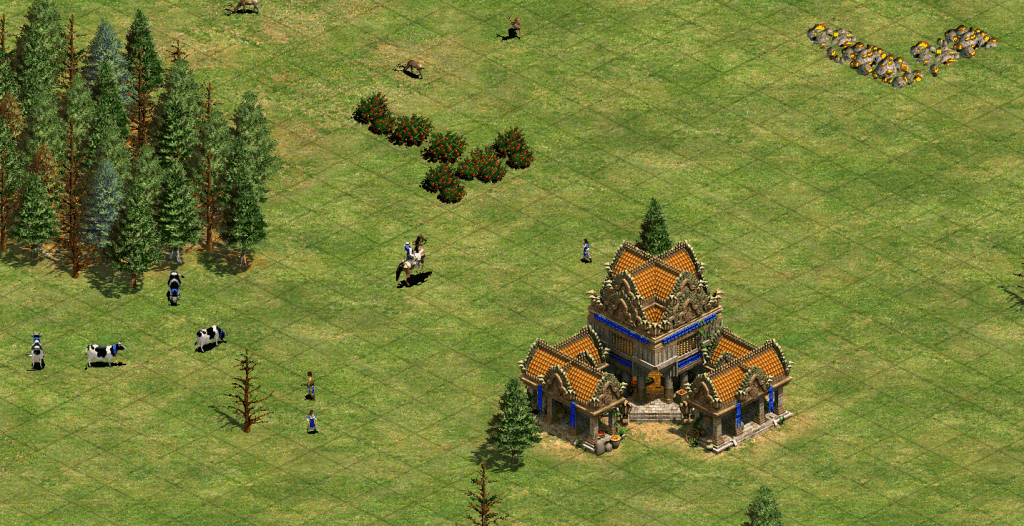 The best advice we can give you for this map is go forward, take the risk and indulge in that advantage. Even if you meet your opponent directly in the middle, you’re going to have a huge deal of fun in the early game taking and defending territory. Get in there, be confident and aggressive!

Do you find you have a particular style of play on this map which works out in your favor we didn’t mention above? Please let us know in the comments section what you’re game plan is and why it works out!