Wow…Hard to believe that it’s been 5 years since the whole “Forgotten Empires” project started. What began as a massive mod project for Age of Empires II, scrambled together by a colourful bunch of passionate players, evolved into us having the opportunity and honour to create new official expansion packs and work on the Age series, well, “officially.”  The question is… so what’s next?  One thing is for certain: our team has an incredible passion for Real Time Strategy games – can we take this further?

We sure hope so!  And to that end we’ve been growing our team over the past year, welcoming some new faces to the team, but also some old faces. Some really old faces 😉 We’d like to introduce you to a couple of them now 🙂  We are thrilled to welcome two former Ensemble Studios senior engineers to the team: Matt Pritchard and Rich Geldreich Jr. Let’s meet them! 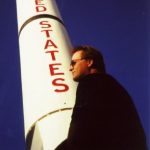 Matt was one of the very first engineers at Ensemble Studios back in 1996.  He was invaluable in developing the first two games of the series, Age of Empires and Age of Empires II: The Age of Kings and the engine (Genie) that they were built upon.  He was a senior lead on graphics and was responsible for making sure the games were properly optimized. In 2012, he was also one of the driving forces to turn Age of Empires II HD into a reality. Matt joined Forgotten Empires in 2016 as our Director of Engineering, and his expertise has helped us take huge leaps forward on -thusfar unannounced- projects!  Stay tuned for an upcoming interview! 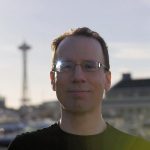 Rich joined Ensemble Studios much later, in 2004, but was active in the magical world of graphics rendering for 20 years prior to that (his codecs were already used in Age of Empires 1 and 2!). At Ensemble Studios, he worked on graphics/shaders/optimization/multithreading for Age of Empires III and was core engine lead on Halo Wars in addition to his work on rendering and graphics tools. Rich joined Forgotten Empires in 2016, and we are looking forward to sharing his amazing contributions to date and to come! 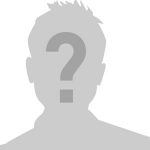 Would you like to join our team as well? We’ve recently opened up a jobs section on our website. At the time of writing, we’re only publicly hiring for one position, but we’re expecting to see more job opportunities pop up in the near future!