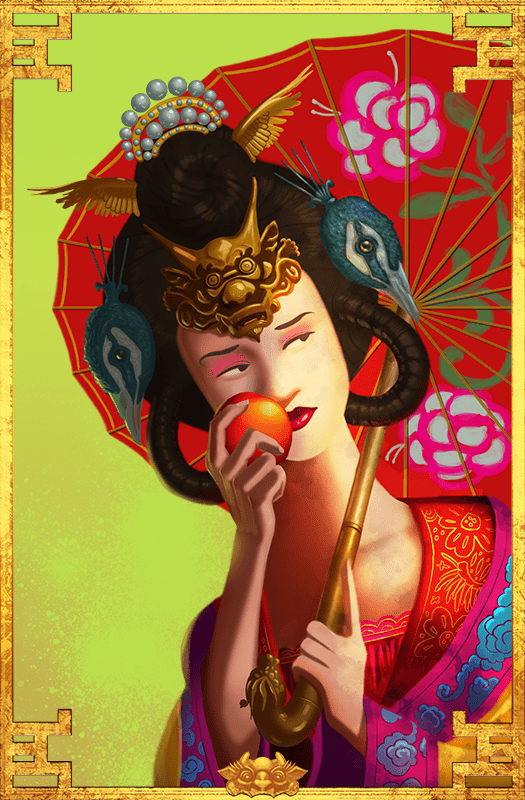 Xi Wang Mu is a goddess of great power and one of the oldest in existence. She lives on Mount Kunlun, and is matriarch of the West. She has a counterpart, the Queen Mother of the East, and both are attested in Shang oracle bones from the 15th C. BC onwards.

She once guarded a vial of the elixir of life, which she granted to Houyi the Archer after his banishment so that he and his wife Chang’e might live forever in peace. Sadly, Chang’e drank all of the elixir and ascended to the Moon, leaving Houyi behind on Earth.

The White Tiger, also known as the White Tiger of the West, is a mythological creature representing the Metal element and the autumn season. As the tiger was considered the king of all beasts by ancient cultures, the legends speak of its tail turning white as the creature reached the age of 500 years. It is the guardian of righteousness and only appears to rulers of the highest virtues. 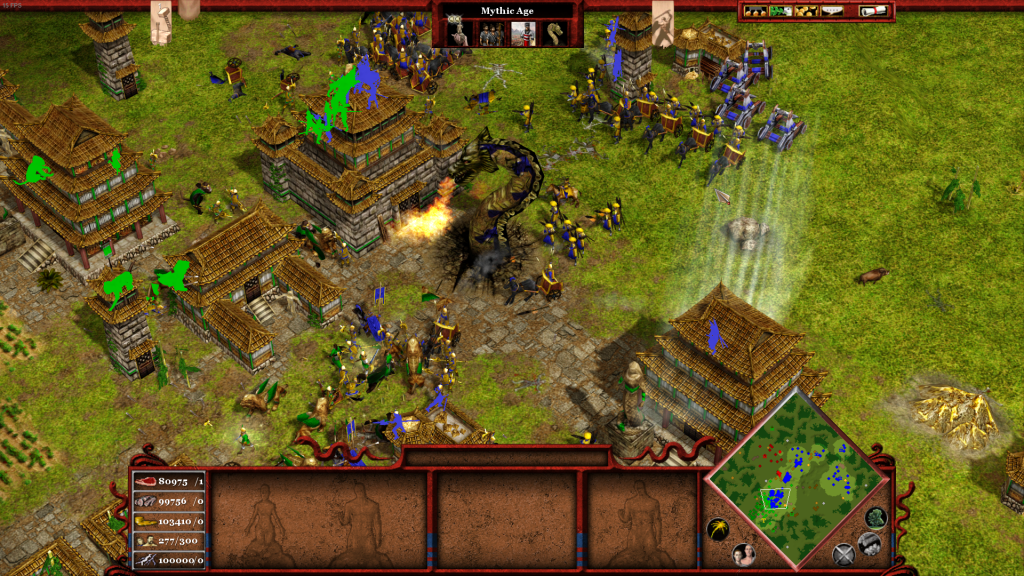 The Earth Dragon, Dilong, likes to play whack-a-mole with his foes. He can be summoned thrice before returning to the earth permanently.

Earth Dragon: Xi Wangmu sends Dilong, the Earth Dragon, to defend her followers. The Earth Dragon can be placed anywhere on land and attacks anything that dares to come near. He only appears temporarily but can be summoned again, even when slain.

The Earth Dragon could be useful in defense, as a fourth tier God power unlike the other current later powers that would wreck your own units and buildings.

first time see the word thrice, I usually use three times instead of this word.

Wait.So the chinese have no ranged myth unit at all? O.o
Or am I missing something?

Well the vermiion bird is sorta ranged. I think the terracotta warriors have random weapons too, some might be bows?

Yeah hopefully the bird is ranged. Also, it would be great if the dragon and the dragon turtle are both ranged and malee (hit physically to near by units and with fire to the ranged units) since the chinese have no ranged mus in any other age. Maybe qilin will be ranged : /

You can see the bird in action here at 23:15. seems to have a special attack like a double fire giant. The regular attack isn’t so clear though. https://www.youtube.com/watch?v=6ogjI9nvVtw

Any videos with dilong in action?

Not that I’ve seen. Haven’t seen any with Shennong, He Bo or Xi Wangmu

They said they will make three vids in total. Prolly will upload them soon. Still didnt get to see the dragon turtle :/

WOW I had not seen these yet! Thanks for the share!:D
The dragons look awesome and the titan is wierd. But yeah, still no ranged mus although maybe vermilion bird’s special attack was indeed ranged(seemed so). Also,the dragons perform way too well for their stats O.o I wonder why.And they had not even been upgraded in the game!

Dragons ara kind of middle ranged.. They are melee actually but your units between the dragon an its target can also attack he same unit the dragon is attacking at the same time…

Yeah it does look like that. But I mean units like centaur that can stand by your archers and shoot 😀
Well chinese seem really powerful anyway. So I guess this kinda balances it.

Yeah they do seem to have some range.

This portrait is so weird I think.

The portrait is ugly, really ugly.

thd goddess looks like a Japanese woman wearing a traditional kimono. Are you kidding me?