Age of Mythology: Tale of the Dragon

The first expansion to the legendary RTS in over a decade brings tons of new content, including a new civilization, a fully voice-acted campaign (English), new maps, and 12 new gods drawn from the robust Chinese pantheon! Hunt for dragons in the faraway mystical lands of China, fight demons and command good spirits on your side. Or would you rather command the demons? Fight for the grace of the Three Sovereigns, separate Yin from Yang and banish your enemies to the tenth layer of Hell.

A new Civilization enters the game… The Chinese! 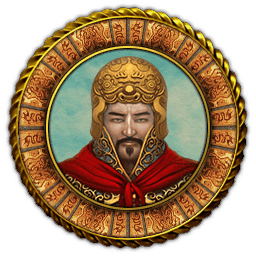 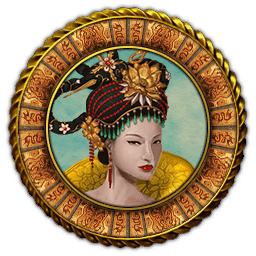 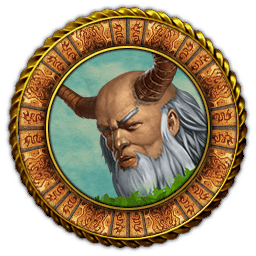 For more information, check out our “Gods” overview!

Due to the rumbling fights of the Titans in the Western world, Yin and Yang are shattered once again. This creates an unseen chaos in the otherwise peaceful China, which is thriving under the rule of Emperor Yao. As a General in the Emperor’s army, Jiao-Long must find a way to restore Yin and Yang and return peace to the empire.

The campaign is fully voice acted in English.

12 new god powers to unleash your wrath onto your opponents.

No Mythical game without these creatures to wreak havoc on your human soldiers.

when the game is available on steam?

1.5 hours from now. There’s a countdown on the homepage here.

Hey Guys, coud you please do a new expansion featuring the Japanese Civilization? Sorry, I love this game so much that every new content is welcome and I can’t stop the hype for the Chinese Mythology.

steam says “Buy Age of Mythology EX plus Tale of the Dragon” but i already own aom ex did i miss something or is it not on sale for now as dlc?

It’s now available as DLC. Check underneath the packages section! 🙂

Ok, what can i say about AOM I am a HUGE FAN and the only main reason i bought the extended edition is for nostalgic and a great multiplayer system, unfortuanelly i didnt get that, i have an overpowered PC that can run SC2 at high stats with a great internet and unfortuanelly the Multiplayer system is so bad that i cant even play properly with my neighboor , please , fix this for all the comunity And now, about this new expansion, there are a lot of bugs and glitches, and some people can´t even play it , please… Read more »

did someone with windows 7 manage to run this game properly?

i have the dlc just got it today and when i try to play the game i go to campaign and try to play the first match and it says i was defeated and when i got through prologue as well i would assume there should be characters standing at the beginning but all i get is them talking but nothing esle?? any thoughts on this??

Grate ! Very good work ! Nice to see this mythology in the game 🙂 However there is something that may be corrected. The bird is toooo strong. And there is a bug, the dragons and myth units cant walk across the enemy farms. And…. somehow I dident feel that santa should be in the game.

Thanks for making this expansion, but i think the mythic minor gods can be re-arranged for the accuracy of mythology. Shennong’s another name is Yandi (Flame Emperor), the Mythic Age fire godpower (Inferno) and Vermilion Bird would suit him very well. Also, according to shanhaijing, Chongli (/Zhurong) is a descendant of Shennong (Yandi), which makes a perfect matching if Shennong the Flame Emperor can have his fire god descendant packed with flame MU & GP. Nuwa is famous for using the mythic turtle Ao to repair the heaven, would make a lots of sence if Nuwa can summon a turtle… Read more »

So when will the out of sync error get fixed? I’ve played about four or five online multiplayer games with my friends and we’ve gone out of sync every time.

Hey, although a lot of people complain about the bugs, you guys are doing a great job at patching the bugs and the expansion was a success in my eyes. All the units feel natural and real, and the army is solid. The monks converting is an awesome aoe tradition passed on finally thank god. Awesome job with all of it. If you were to make another dlc for AOM, I’d pay every penny you guys ask. You guys are very talented people, and I feel people hating on the dlc for whatever reason are ungrateful and blind. You guys… Read more »