Age of Mythology: Tale of the Dragon ~ Post Mortem

Another expansion for the legendary “Age of”-series, this time on its mythical spin-off “Age of Mythology”. Let’s take a look at some of the things that happened behind the scenes, the good and the bad!

This post mortem focuses on the story from the side of the FE team, being us. Not on Microsoft or Skybox Labs, or any of the other partners who helped develop the game.

Where do you even start writing a post mortem for a project of this size? A project which has been part of your life for the better part of 2015? A coherent story might be a bit too far-fetched for this purpose, so we’ll highlight some parts of the development process behind the expansion. Especially since it was a new experience for us as well, after 2 expansions for Age of Empires II HD on a vastly different engine.

Tools of the Trade

To work on a game, you obviously need the right tools. Although SkyBox Labs was armed with the source code, we still had to find a way together to edit the data/media files in the game. Most of them were relatively easy, a built-in Editor for the campaign, editable xml files for unit data but… that’s where it stopped. 3D models, textures, and special effects were relatively locked away. Although tools existed for at least the models and textures, they had to be updated to deal with some of the new features of the Extended Edition. This was relatively painless although it took some time before to get it 100% right. The bigger issue were the particle effects though. These particle effects are the nice little effects you see when creating myth units or when casting god powers. Particles are essentially dumbed down objects that have very limited functionality, but are just there to look good while not requiring a lot of processing power. This makes them ideal for more complicated graphical effects. 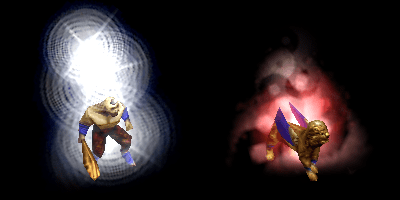 The “myth unit birth effect”. The Greek one on the left and the Chinese one on the right.

Now, we didn’t have the original Ensemble Studios tools at our disposal and had to essentially reverse engineer the format to make it readable and foremost… editable. A bit of a brain breaker, but Petar, our Engineer managed to figure it out after a good month of fiddling around 🙂 So thanks to him you can now cast fancy Tsunamis across the map!

While we were working on our tools to create assets, we also started working on our civ design. The idea for the Chinese was not to create as crazy of a civ as possible, but more to make it a well-rounded addition to the series with the necessary quirks to make things interesting. We regarded Greeks as “the basic civ”. Very straightforward in both design and history (12 Olympians to make up the pantheon and an economy very similar to the Age of Empires series.) Economy-wise, this was also our starting point, after all, introducing something absolutely bonkers to the series after more than a decade could go down very bad.

Let’s take a look at all the economies and their variations to the Greek one.

Additionally, there’s the favor-gathering mechanic. How does each civ please their Gods?

This one was particularly tricky, as we felt the Atlanteans already pushed the boundaries with their TC controlling. Something players do every game regardless. Which is in stark contrast with the other bonuses, which need to be actively pursued. In that way, we could fit in the Chinese perfectly well with the Garden mechanic. So players not only need to build Gardens to support their economy, they must also make the decision of going heavy on normal economy, or sacrificing gold/food/wood in return for support from their Gods. 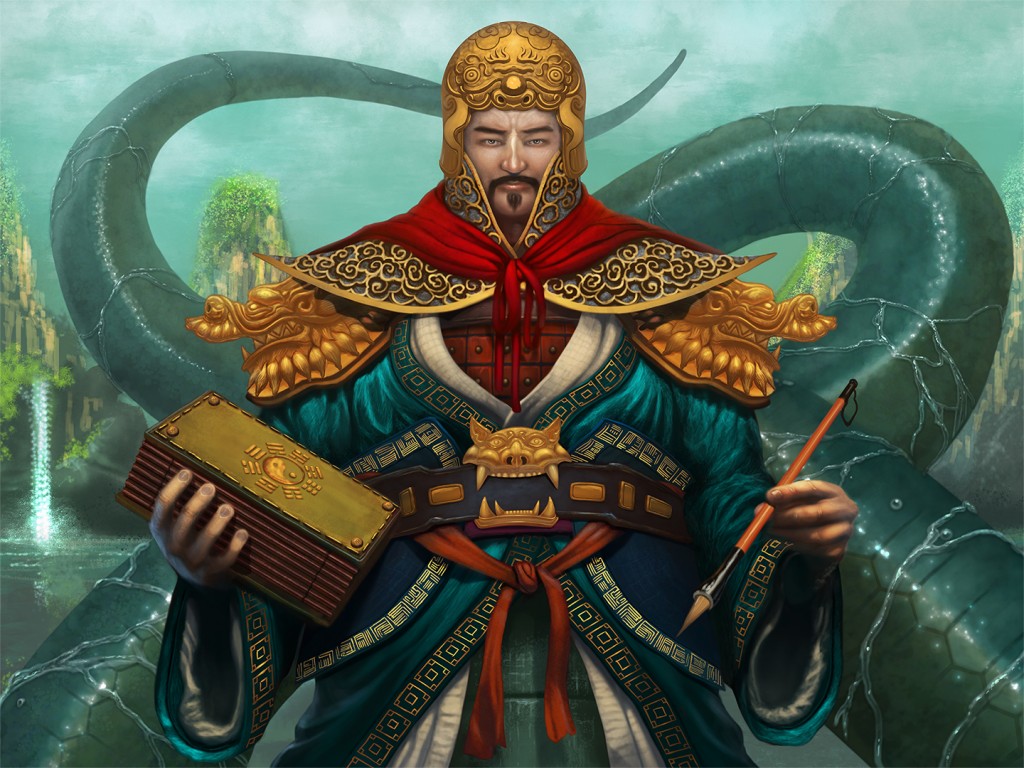 Speaking about the Gods… which Gods can you possibly pick for the Chinese? A civilization with thousands of years of history and sometimes an unclear definition of the concept of “deity” in the first place? For the Major Gods, we quickly settled with the “Three Sovereigns“, a legendary group of deities credited with the creation of mankind and many primitive inventions. After that, we just started reading stories. Chinese legends and myths and see which had an interesting storyline, which could be paired up with a Mythical creature and if they had some different characteristics. After all, you can’t have 12 evil deities… After we had a list of candidates, we tried picking Gods that were slightly related. Ao Kuang, Sun Wukong and Xi Wangmu all share a storyline for example, which is ideal for people diving into the game without any prior knowledge. Which was an issue we had to keep in mind as well, making sure the whole culture wasn’t too confusing and overwhelming. Norse and Greek deities are used a lot in Western pop-culture, but Chinese… not so much. In the end we felt like we came up with a well-rounded pantheon, although you’re eventually the judge of that 🙂

Making new graphics for an old game is very tricky. Not only do they need to give a fresh feeling, they must also fit in with the old graphics. Which is a very peculiar balance to strike!

The first issue is to make sure the new graphics fit in with the old ones. Which was a process we used for Age of Empires II as well. First we have to ensure the buildings are easily identifiable. So we start by identifying what makes a building recognizable. This is essentially playing with LEGO bricks, as we identify the size and the main shapes of the building. In the case of the barracks, this is a long main room with a roof, flanked on each side by two smaller “arms”.