Many of you who have been playing Age of Empires II HD lately, may have noticed an unusual amount of “Out of Syncs” going on. These errors happen when the game “world” looks different for various players, making the game no longer synchronized. This bug was introduced with the launch of The African Kingdoms, but we can happily announce that the bug is fixed and is now a relic of the past.

Your game will be automatically updated to the latest 4.6 patch. If you wish to force an update, just restart your Steam client. 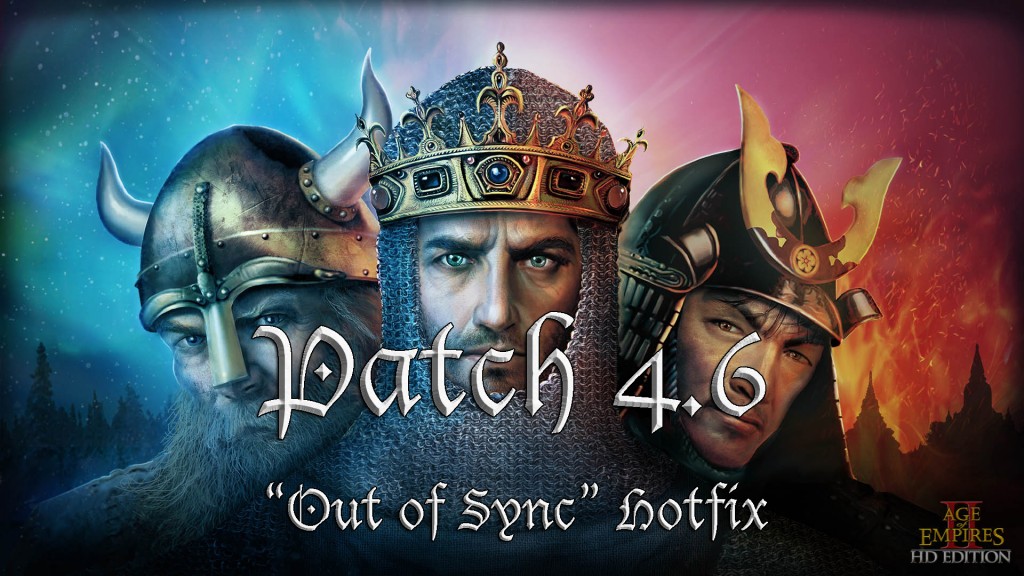 So, what exactly was going on? After a lot of digging by the team (especially Morness, lead programmer at Skybox Labs), we found out that flares could sometimes cause a memory overflow. At this point, a cascade of errors is unleashed.

How come this bug was in the release?!

It’s a crazy bug for sure and actually one we did not encounter during our testing. If you’ve made it through the technical explanation above, the reason is actually pretty simple. Most of our QA team are either in the same room or use Skype when playing together. In both cases, flares are rarely used.

Due to the harsh nature of this bug, we vastly upgraded our logging mechanism for Out of Syncs errors. Since our logging started, last week, 7.6% of the games went out of sync. We’ll keep an eye on that number but with 3 OOS causes patched in the last 7 days, we’re sure to see that number drop to an all-time low. If you would encounter any synchronization issues in the future, please allow the game to upload your logging information, it will greatly help us!

Thanks everyone for sticking around and sorry for all the frustration this error caused you!