We’ve got another expansion to make, so where to start! We’re all joyously filled with crazy, weird ideas, bouncing them off the wall and eachother. But we’ll have to squeeze those ideas into a proper game. So where to start? Just like last time, it starts with the core of the new content, the new civilizations.

In Age of Empires II HD: The Forgotten, we were presented with a rather obvious civ choice. Ensemble Studios had left hints behind on which civs they would’ve loved to add to the game. Some were nations that appeared in campaigns but were never turned into a proper, playable civ. Those were the easy choices, but now that we’ve used the most obvious ones, where do we go next? Over the last year(s), we’ve received a lot of feedback from players on possible new civilizations. Ranging from Medieval powerhouses like the Normans and the Khmers to less obvious or specific suggestions such as the Kingdom of Jerusalem or the Principality of Pannonia. But unlike our broader approach to AoF, we’ve decided to build out more of a thematic flair and pay a visit to a continent south of Europe with a rich history: Africa. We’ll be covering civilizations both born within the content, as well empires that held great power in the region – including one that has been requested many, many, many times by the fans.

But to keep things a bit exciting, they will all be revealed over the coming weeks, so feel free to speculate 😉

Oh except for the first one!

The Berbers (~700 AD) are the first African civilization to be seen in the new expansion pack. We caught a glimpse of them in the original El Cid campaigns in “The Conquerors”, where they are portrayed in a more generic term as Saracens. Berbers, however, are more than worthy of becoming an Age of Empires civilization. With dynasties across Northern Africa, the ancient Berbers will primarily be a Cavalry & Naval civilization. They’ll have 2 unique units and will also feature a unique technology that affects the entire team. 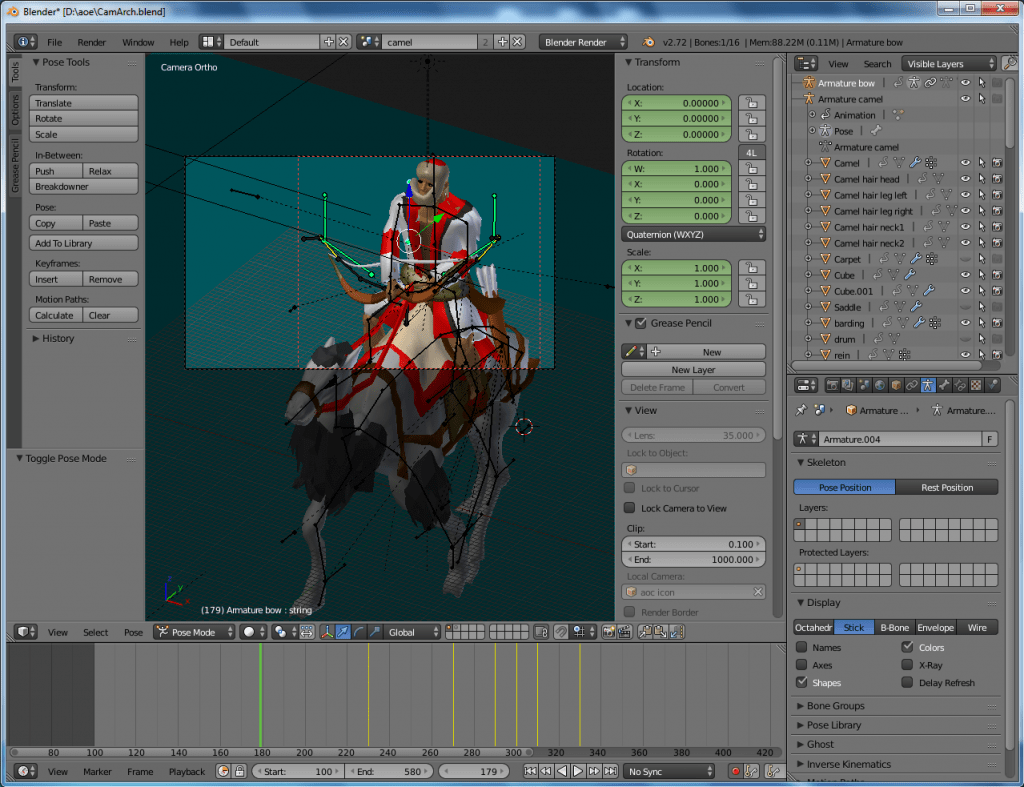 3D Model of the Camel Archer, one of the new Berber Unique Units

Since we’re early in development, we don’t have a lot of screenshots yet, but the Camel Archer is already properly functional in the game and looking good. As if it has always been hopping around in the Age of Empires II universe. It was of course teased with the overall expansion announcement. 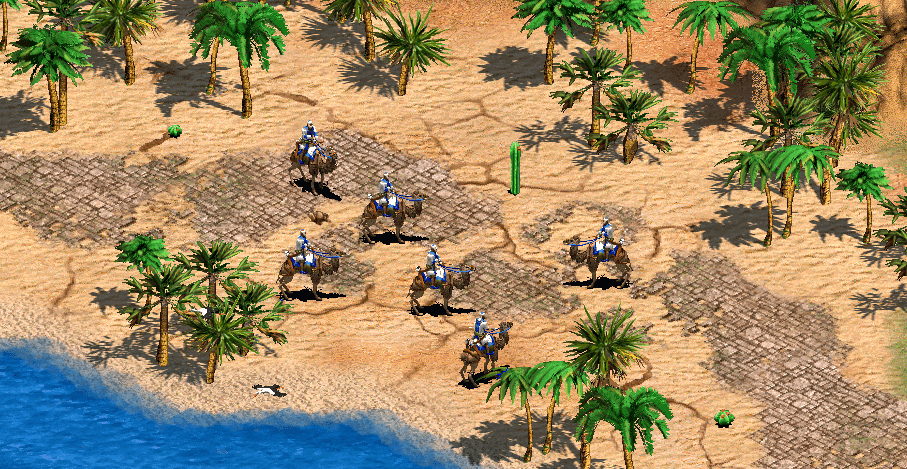 A band of Camel Archers, guarding the road for unsuspecting enemy trade carts

And last but not least, the Berbers will have their own campaign, but we’ll share more on that later as well.

So this will be it for the first dev blog, it’s more of a tease than a proper “dev” blog, but we’ll certainly dig a bit deeper in the next episodes. We’re hoping to do these monthly, make sure you don’t miss out 😉

Headhunter: a light and fast infantry armed with a kris curved sword and a rattan shield, has a high pierce armor, good against archers, skirmishers, and eagle warriors.

Prahu: unique naval unit, a cheaper and faster version of the cannon galley, but with lower range.

Unique Unit (being a Native American civ, they only gets one additional unique unit, because they have eagle warriors).

Chimu Warrior: a light and fast warrior armed with a wooden shield and a wooden mace, with bonus against infantry and siege units. They are kind of like a faster version of the jaguar warrior.

0
« Previous 1 … 10 11 12
Our website uses cookies to give you the most relevant experience and to improve performance. By clicking “Accept”, you consent to the use of cookies.
AcceptCookie Settings
Manage consent