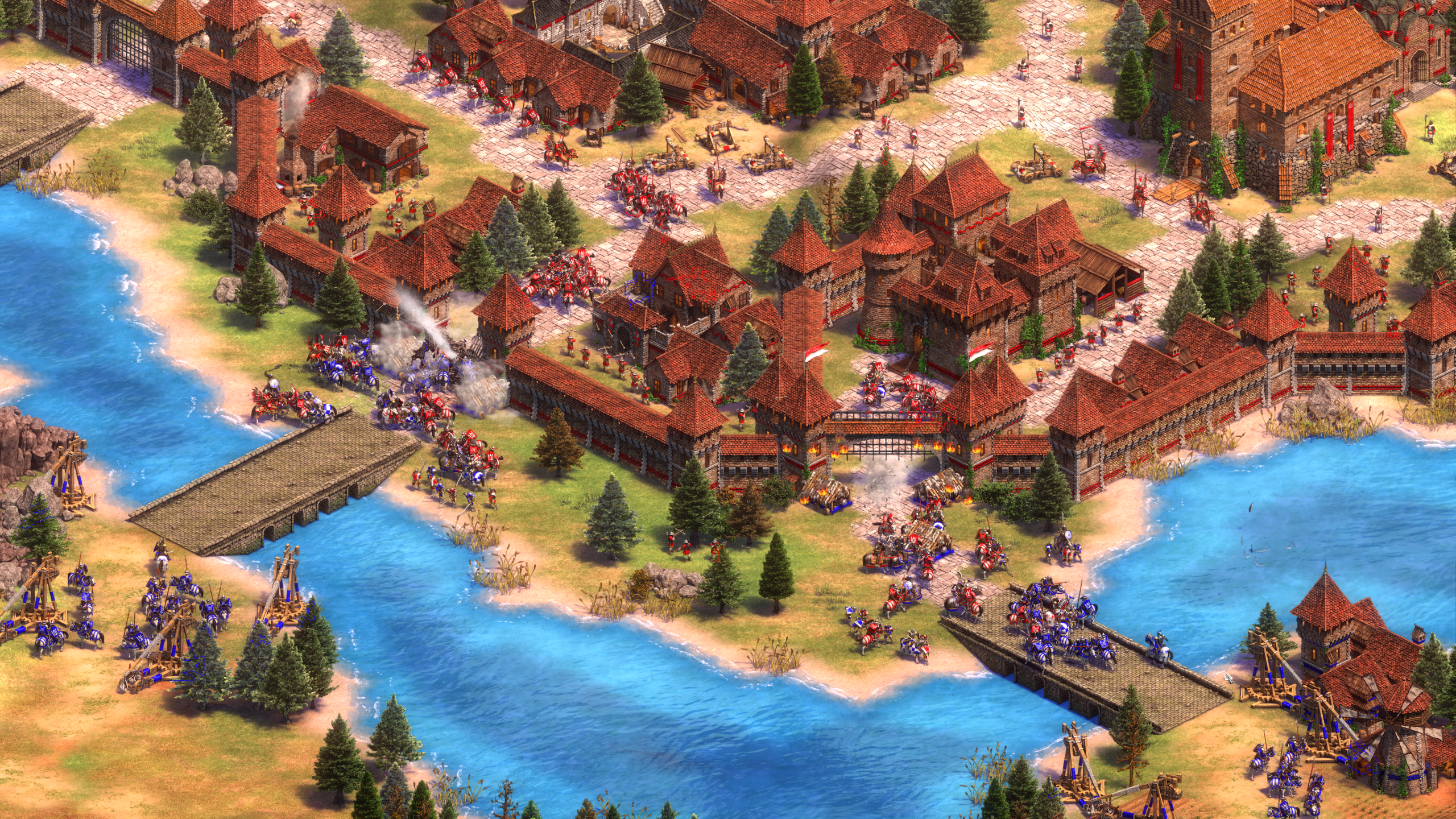 The forested boglands east of the Baltic Sea hold more than meets the eye. Coagulate the various Baltic tribes into a Grand Duchy with a new religion, smash invading forces with powerful cavalry and mobile spearmen and javelineers, and assemble the largest empire in late-medieval Europe! The Lithuanian unique unit is the Leitis, a heavy cavalry unit who strikes with such vigor that all armor is useless against his weaponry.

The Lithuanians are considered one of the oldest European civilizations, as their Baltic ancestors inhabited the Baltic region dating back to the third millennium BC. By the Early Middle Ages, the Balts had differentiated into distinct groups, including the Lithuanians. Society was structured around chiefdoms, which prevented the emergence of large states. However, under the pressure of Rus’ and Viking raids, local chieftains started to cooperate. This confederacy of Lithuanian clans paved the way for a more complex polity. During the following centuries, strong rulers did not only unite the clans, but also expanded their territory to form one of the largest European states:

At the beginning of the thirteenth century, a young duke named Mindaugas (r. 1236-1263) was building his fame through military successes. At the same time, Pope Gregory IX called for a crusade against the pagan Lithuanians. The latter united under Mindaugas and decimated the Christian military order of the Livonian Brothers of the Sword. The Teutonic Order, however, continued the campaign. Unable to defeat them through force, Mindaugas converted to Christianity, effectively removing the reason for crusading. In 1253, the pope recognized him as a ruler and crowned him the first and only king in all of Lithuanian history. All subsequent rulers would bear the title of Grand Duke. His alliance with the Christians was, however, ill-received by the pagan population and Mindaugas was assassinated in 1263.

After decades of turmoil, the foundations for a long-term state were created under Gediminas (r. 1316-1341). First, he used his diplomatic skills to secure Lithuania’s position in international politics. He acquired the favor of European rulers and the pope despite not adopting Christianity. Furthermore, he founded a new capital at Vilnius, to which he invited Western artisans and intellectuals. Finally, he secured the borders with a network of hillforts defended by professional guards and the Leiciai, who were personal servants of the Grand Duke. Due to all of these achievements, Gediminas is considered to be the true founder of the Grand Duchy of Lithuania. His offspring, the Gediminid dynasty, would rule for over two centuries.

The greatest expansion of the duchy was conducted by Algirdas (r. 1345-1377) who annexed Rus’ territories after defeating the Tatars of the Golden Horde. The absorption of so many Rus’ resulted in the assimilation of some cultural elements, most notably the script. However, this all changed under Jogaila (r. 1377-1381). As the last pagan state, Lithuania was trapped between Christian Europe and Orthodox Muscovy. To protect the duchy, Jogaila adopted Christianity as the state religion and married the Polish queen. This union caused Lithuanian culture to become Polonized.

Under Vytautas the Great (r. 1392-1430), the duchy reached the height of its power. Vytautas is best known for commanding the Lithuanian troops in the battle of Grunwald (1410), one of the largest battles to occur in Medieval Europe. In this battle, a joint Lithuanian-Polish army defeated the Teutonic Order, bringing a halt to two centuries of German expansion in the Baltic region. The core of the Lithuanian army consisted of light cavalry with shields and javelins in accordance with the type of warfare conducted in Rus’ and Tatar territories. The infantry, equipped with a variety of weapons and pavise shields, functioned primarily as support for the cavalry.

As the Middle Ages came to a close, the survival of the duchy was threatened by Muscovite invasions. In response, the Lithuanians strengthened the already existing union with Poland and established the Polish-Lithuanian Commonwealth in 1569. Lithuania remained an independent state, but due to a lack of strong rulers it soon became the subordinate member of the union. By 1795, its territories were annexed by neighboring states.