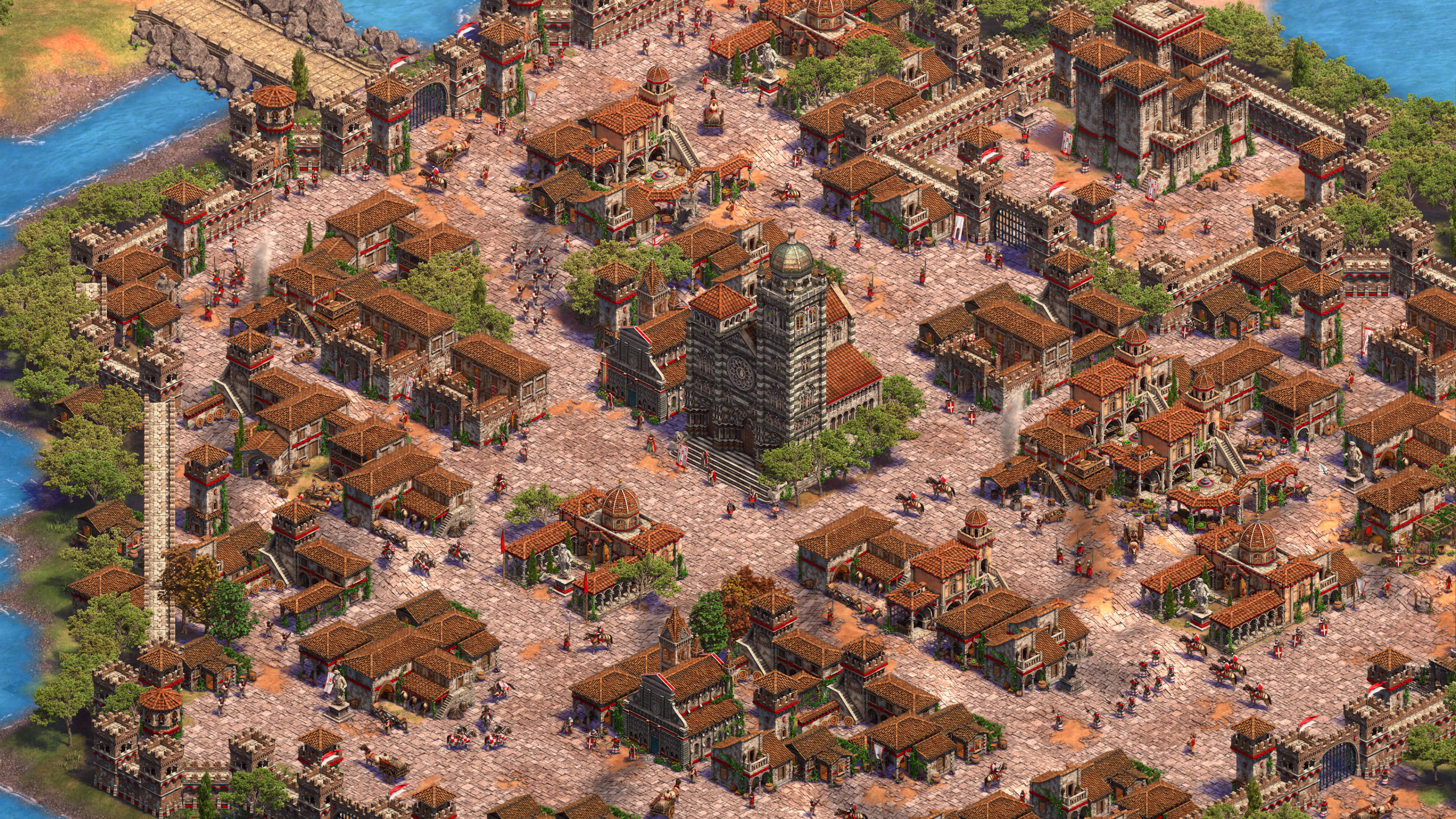 Shed off the burden of the barbarian invasions that have torn your beloved peninsula apart after the collapse of the Western Roman Empire. Take the role as general of one of the Italian city-states — Genoa, Venice, Pisa, Ragusa, Amalfi, or even the Papal States — that emerged in the chaos and restore the might that once shone from your lands. Lead armies of Condottieri and Genoese Crossbowmen to glory or establish a trade network that dominates the Silk Road! The choice of which history to write is yours.

The Italians are the peoples who have continuously populated the Apennine Peninsula since roughly 572 AD. Although the Italian Peninsula served as the seat of power for the Roman Empire, in 476 AD Rome fell to the Germanic tribes under the rule of Odoacer. In 493, the Byzantines (Eastern Romans) succeeded in convincing the king of the Ostrogoths, Theodoric the Great, to conquer Odoacer’s Italy. When Theodoric died in 526, the peninsula fell back into disorder, leaving it open to a Byzantine invasion led by General Flavius Belisarius in 535. However, Byzantine rule was mostly displaced by 572, when the Lombards, another Germanic tribe, invaded the region. The Italian people can thus be identified as the descendants of both the Latin peoples and the Germanic tribes.

Succeeding centuries saw the Italians form a series of different city-states, independent entities whose rule generally did not extend beyond a central city and the surrounding villages. In Northern Italy, the fall of Charlemagne’s Holy Roman Empire, which had ousted the Lombards, caused a long period of instability that resulted in the creation of several city-states, including Milan, Genoa, Florence, and Venice. Central Italy fared somewhat better under the control of the Papacy in Rome, but when the Pope crowned the German Otto I the Holy Roman Emperor in 962, both northern and central Italy became involved in the convoluted affairs of the German city-states. On the other hand, Southern Italy remained under the control of Lombards and Byzantines until the eleventh century, when the Normans invaded the area and founded the Kingdom of Sicily.

By the Late Middle Ages, the Italian armies were generally composed of and led by condottieri, professional mercenaries whose allegiance was given to the highest payer. Interstate conflicts usually served to maintain the status-quo of the city-states. The Italian Wars (or Renaissance Wars) of the 16th century saw the peak of these conflicts, ultimately causing the weakening of the Italian city-states.

Medieval Italy was an intoxicating mix of ancient Roman architecture, rising theocratic power, and artistic rebellion. Central Italy, under the control of the Catholic Popes, exercised a prominent position in the religious and political matters of European Christendom. Northern Italy’s Florence became particularly important during the Late Middle Ages as the seat of the Renaissance, a period of great advances in the arts, music, and science. Florence’s Leonardo da Vinci was one of the major figures of the era, developing amazing works of art and pushing the limits of technology.

Nevertheless, the constant conflicts among the Italian city-states made them susceptible to foreign control. Neighboring France, Spain, and Austria proved particularly meddlesome in Italian affairs. It would not be until 1861 that, under the leadership of Victor Emmanuel II of Savoy and Giuseppe Garibaldi, the Italians finally unified into a single nation that exists to this day.