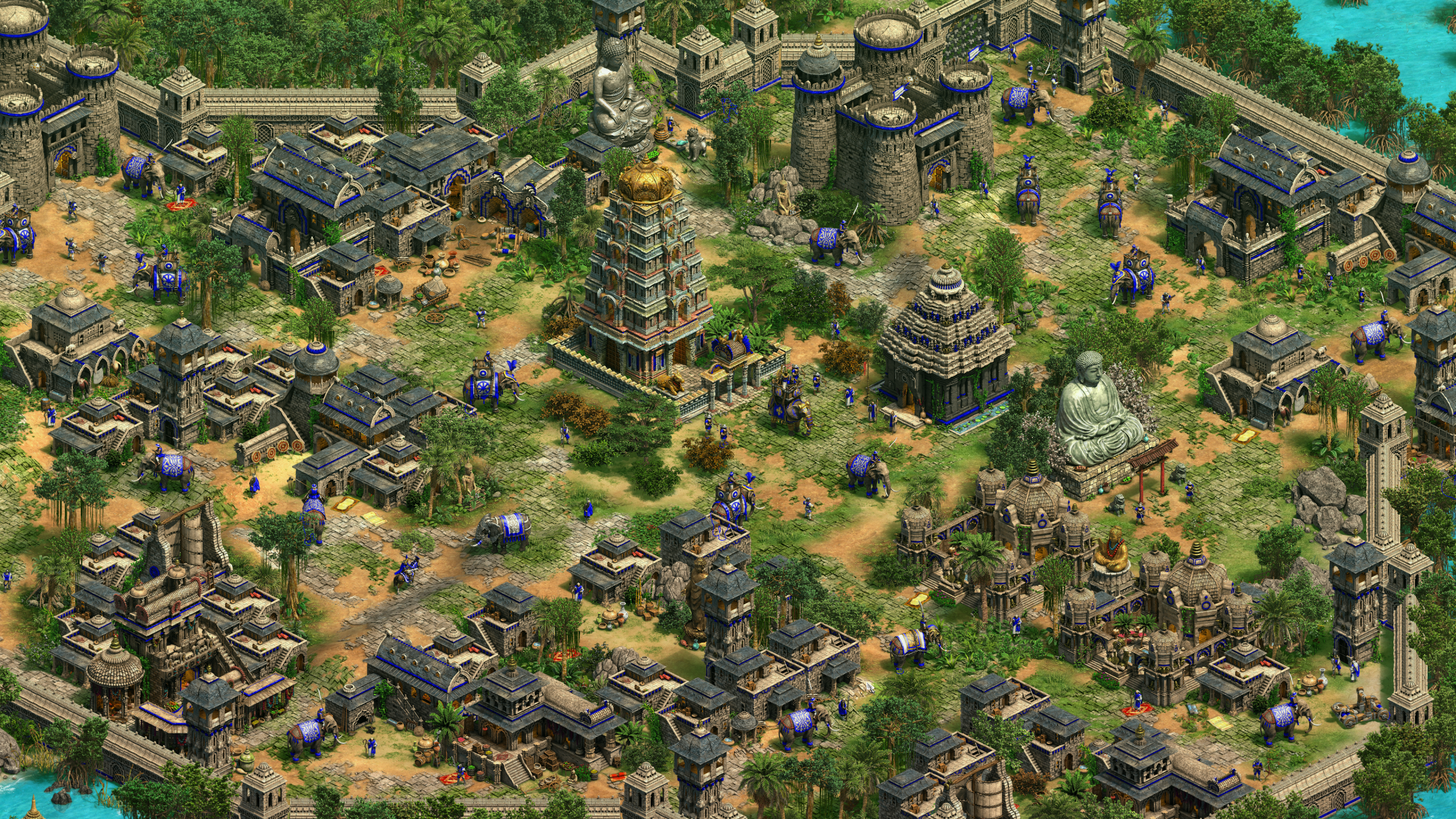 Explore one of the most culturally vibrant and coveted regions in all of Asia! Wage war across the rich Indian subcontinent, the land of a thousand kingdoms and sultanates. Place vast armies under your command led by lethal camelry and durable Elephant Archers to terrify the invaders of your homeland. Prosperity is dearly won, yet your empire and deeds will stand the test of time.

The history of the Indians already began in the Bronze Age when the first civilization, named the Indus or Harappan civilization, emerged in the fertile valley of the Indus in the fourth millennium BC. In this early period, the foundations of Indian culture were already made, for the caste system and the Vedas were introduced. The Vedas, a collection of the oldest Sanskrit texts, would influence the dozens of Indian political entities and religions throughout its history.

After the fall of the great Mauryan Empire (322 – 185 BC) India would not be under one rule again until the end of the medieval period. Instead, it was an ever shifting patchwork of political entities where some proved more successful than others:

The Gupta Empire (320-600 AD) was able to reunite the north of India through conquest and political marriage. Thanks to its strong rule, the empire enjoyed peace and prosperity, which in turn led to great cultural development: during this period literature, science, and architecture reached new heights and therefore it is often called the Golden Period. Internal factors, White Hunnic raids, and the disruption of Central Asian trade resulted ultimately in the fragmentation of the Gupta Empire.

Between the 8th and 10th century three great empires competed in an attempt to control the economically valuable Gangetic Plains. This long conflict, known as the Tripartite Struggle, often centered around the city of Kannauj. From the northwest the Gurjara-Pratihara Empire (550-1036) claimed it, from the northeast the Pala Empire (750-1174), and from the south the Rashtrakuta Empire (753-982). During the two centuries Kannauj changed hands regularly, but in the end no real victor emerged: the constant fighting made the kings neglect their internal politics and economy. Soon, feudatories in all three empires started to declare their independence.

From the 10th through the 13th centuries, one of the most successful dynasties in maintaining power were perhaps the Cholas in southern India. Not only did the Chola Empire rule the south at their peak; it was one of the few that broke the maritime boundaries of India by conquering overseas territories and establishing trade with Arabia and China. This maritime policy made the Cholas influential throughout East Asia. The Cholas were also renowned as patrons of the arts: the beauty of Chola sculptures was unseen, while King Rajaraja I constructed the Brihadeeswarar Temple, one of the greatest Hindu temples in the world.

This long-lasting rise and fall of political entities made India a melting pot of different cultures. Regardless of the dominating religious elements of ancient Hinduism, Buddhism and Jainism could often be found in one kingdom. However, during the medieval period, a fourth important religion came into play: Islam appeared in India as soon as the 7th century and would join the dance for power in the 12th century when political struggles in Central Asia forced Turks towards northern India. From these conquests emerged the Delhi Sultanate in 1206. At the height of their power, the sultans ruled over North and Central India while being one of the few entities to successfully resist the Mongol invasions. For five dynasties and 300 years, the Sultanate was seen as an important force, a symbol of prestige, and a source of unimaginable wealth. In 1526, it was conquered by a new Turkic power, the Mughals, signaling the end of the medieval period and uniting India again under one rule for the first time since the ancient Mauryan Empire.