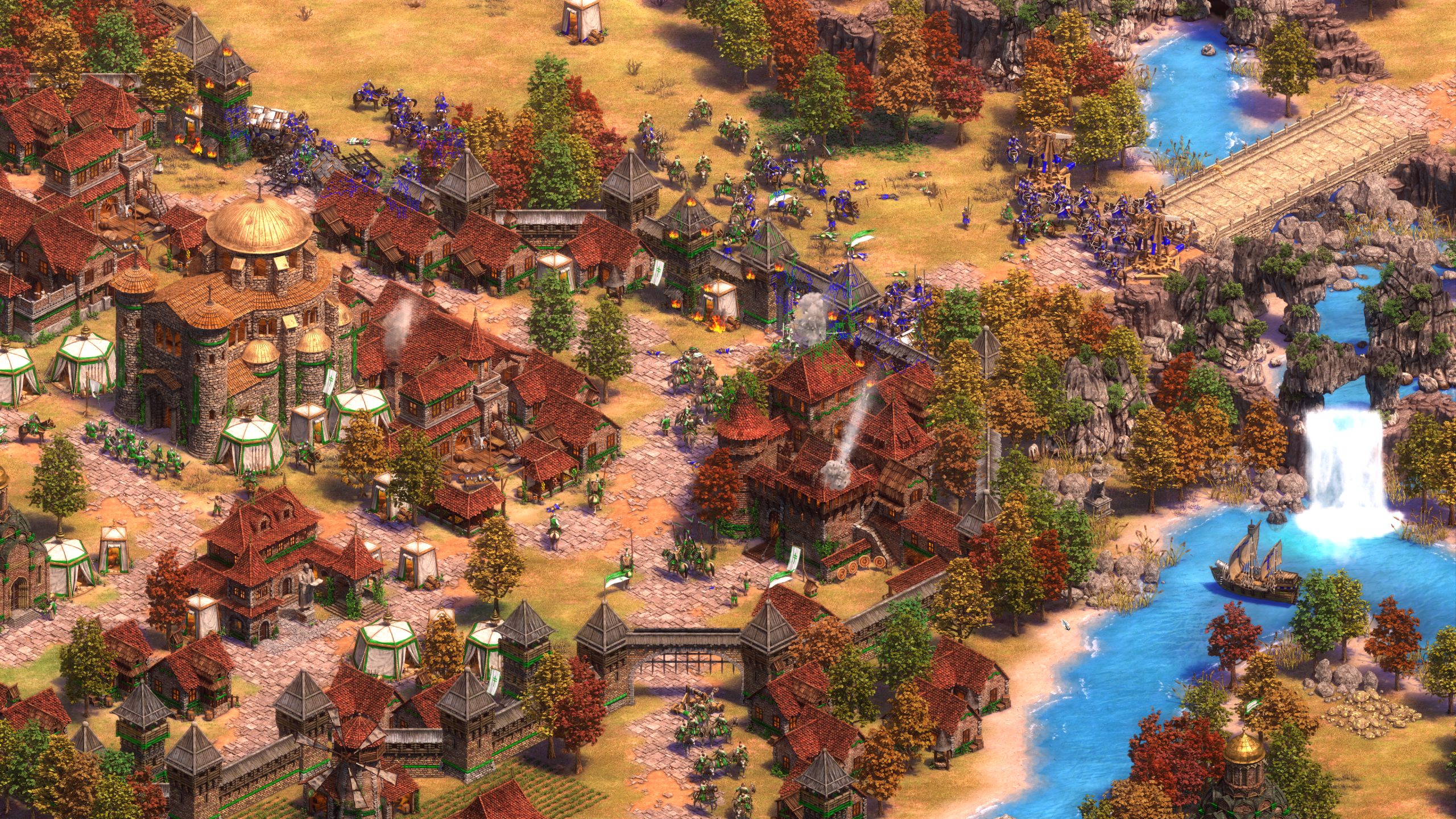 When nomadic Bulgar horsemen approached the Danube in the 7th century and encountered the local Slavic tribes, the stirrups that they brought changed European cavalry warfare forever. Fortify the nearby mountain passes with formidable Kreposts and punish overconfident invaders with powerful combined armies of cavalry, infantry, and siege engines! Your valiant Konniks, the pride of your army, will continue to fight fearlessly even after their horses are felled beneath them.

By the fourth century AD, the Roman Empire was struggling to keep control of its vast territory. In the Balkans, different groups seized the opportunity to plunder. While most of these incursions were transient, the raids of two groups were of a more permanent character. From the sixth century on, Slavic tribes began colonizing large areas in present-day Bulgaria. Despite their common culture, they did not develop any state. This task would be accomplished by the Proto-Bulgarians, semi-nomadic horsemen from Central Asia. Together, these newcomers would form the Bulgarian people and establish two powerful empires in the medieval Balkans.

Around 670 AD, Asparukh, the son of a fallen Proto-Bulgarian Khan (king), led his people to the Danube delta in search of new grazing grounds. During the following years, Asparukh united the Slavic settlers under his rule. However, as the successor state to the Roman Empire, the Byzantine Empire still claimed the region. Emperor Constantine IV launched several campaigns to defend his territory but encountered strong resistance. The invaders combined the best of two worlds: the Slavs fielded numerous light infantry, while the Proto-Bulgarians employed fully armored horsemen, each one equipped with a wide arsenal of weapons. Throughout the medieval period, the heavy cavalry would remain the backbone of the Bulgarian army and was one of the most feared forces in all of Europe.

After several defeats, Constantine IV was forced to relinquish the Byzantine claim to the lands north of the Balkan Mountains, marking the birth of the First Bulgarian Empire (681-1018). Nevertheless, its future was far from certain, as the Byzantines would continuously try to reconquer the lost territory. Internally, the new state was divided between the Proto-Bulgarian aristocracy and the Slavic population despite the early development of the Old Bulgarian language. Only in the ninth century would Boris I (r. 852-889) form the basis of a unified identity. By adopting Christianity as the state religion, he created a common ground for all ethnic groups. He also founded the Pliska-Preslav literary school, which stimulated the creation of the Cyrillic script, allowing the production of written works in the Old Bulgarian language.

Under Boris’ son, Simeon the Great (r. 893-927), the First Bulgarian Empire entered a golden age. After successful campaigns against the Byzantines and the Magyars, Simeon had expanded the empire to its greatest extent, controlling almost the entirety of the Balkans. As art and literature boomed, Bulgaria became the cultural center of Slavic Europe and Old Bulgarian replaced Greek as the lingua franca. The wealth to finance these cultural and military campaigns came primarily from trade. Thanks to its central position between the Rus’ and the Byzantines, Bulgaria functioned as an important trade hub for precious metals, horses and slaves. Although the intensified trade created some of the highest levels of urbanization in all of Europe, most Bulgarians made a living off agriculture and animal husbandry.

After Simeon’s death, his empire fell into decline. Weakened by continuous warfare, Bulgaria was conquered by the Byzantine armies in 1018. Despite strong political reforms, the Bulgarians retained their sense of a separate culture. Whenever the Byzantines levied heavy taxes, this identity proved a strong medium to channel social unrest into rebellions. In 1185, an uprising led by the aristocratic brothers Asen and Peter succeeded in driving out the Byzantines. The Second Bulgarian Empire (1186-1396) quickly became a major power in the Balkans under Tsar Ivan Asen II (r. 1218-1241). Art, architecture and literature would thrive until the fourteenth century, making Bulgaria once again the leading cultural center of Slavic Europe. Politically, however, the empire would never match the status of its predecessor. After Ivan II, it was constantly threatened by its neighbors and by internal uprisings, such as the 1277 rebellion of the swineherd Ivaylo. In 1396, a new superpower finally put an end to Bulgarian independence: the Ottomans would dominate the Balkans for the next 500 years.