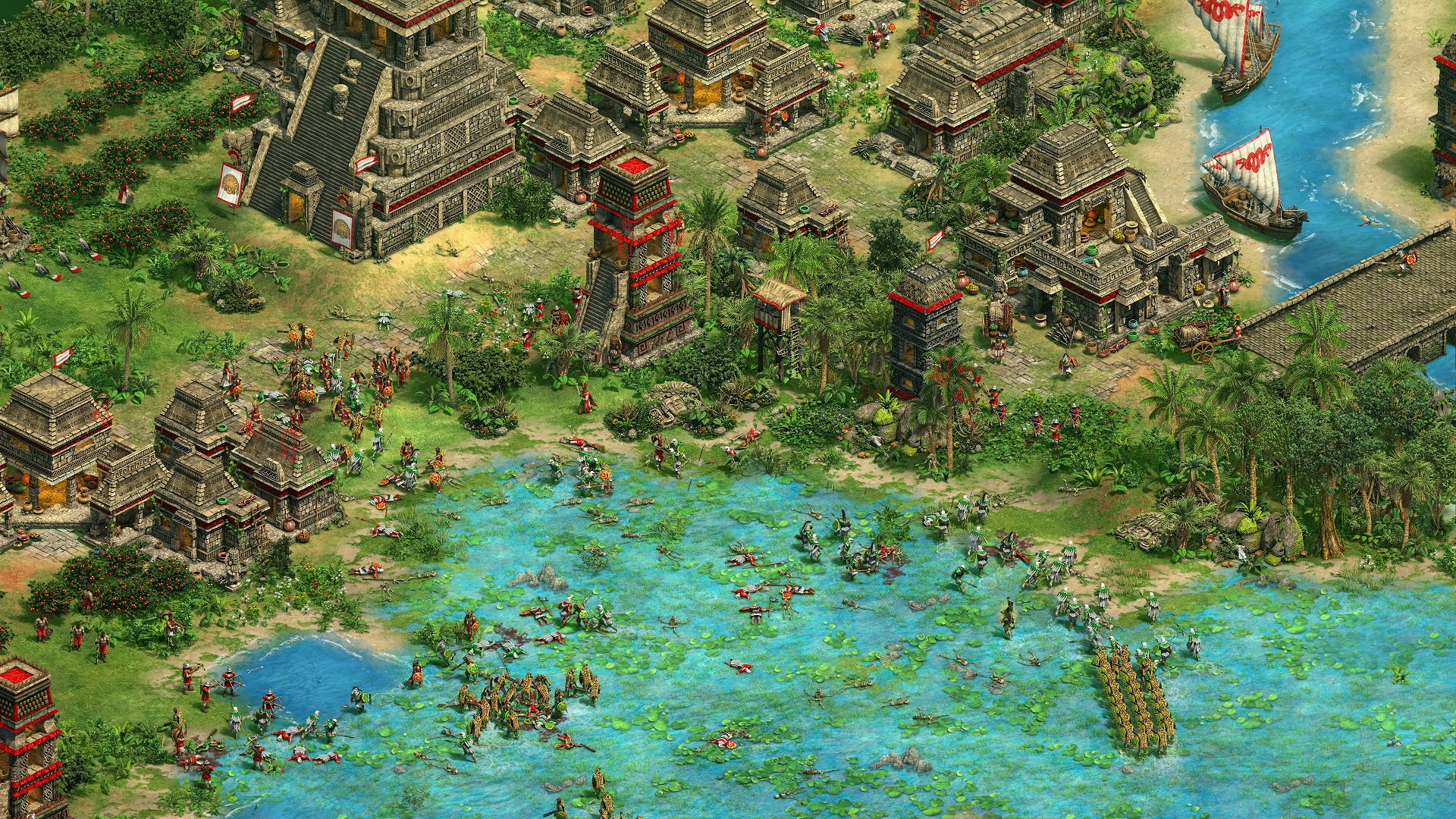 Wage Garland Wars against your neighbors, rule a vast empire from a floating city, and defend it from the Spanish conquistadors with droves of experienced infantry. Harness the power of the gods through austere priests with a thirst for human sacrifice! Backed by a thriving economy, unstoppable hordes of Jaguar Warriors and Eagle Warriors will tear your enemies to shreds!

In Age of Empires II, Aztecs famously have one of the best starts in the Dark Age of all civilizations in the game. They start the game with an Eagle Scout, which gives them an early edge when scouting the map. Additionally, their +5 carry bonus gives them a small economy boost that lasts throughout the game.

Last but not least, they start with +50 gold and have all their military units created faster. Which gives them one of the best Militia rushes in the game!

Despite their lack of cavalry and gunpowder units, they can field other notably strong units. Most famously their Monks, which can reach a maximum of 95 HP! Complemented with strong Infantry and siege weapons, the Aztecs have strong military options throughout the whole game.

Aztecs are one of the few civilizations with access to the Eagle Warrior. A strong & fast infantry unit which is often seen as their cavalry replacement.

Aztecs have one of the strongest infantry line-ups in the game. With the Garland Wars upgrade, they can deal an incredible amount of damage. However, none of their units have a lot of HP and they also lack the Halberdier upgrade. This makes them more vulnerable against masses of heavy Cavalry & Elephants. Luckily they can back their infantry army up with Monks to deal with those.

Aztecs train Archers & Skirmishers. They can even boost their Skirmisher with their unique Atlatl upgrade.

Despite this, Aztecs lack Cavalry Archers and Hand Cannoneers and typically only use the Archery Range to complement their armies.

Aztecs don’t have access to the Stable. They combine their light and heavy cavalry in the Eagle Warrior.

If you manage to convert a Stable while playing as the Aztecs, you may be in for a surprise though!

Despite missing gunpowder units, Aztecs have all the reasons to build Siege Workshops. Fully upgraded Siege Onagers and Siege Rams will help them deal with enemy archers and buildings in no time.

Aztecs heavily rely on Fast Fire Ships when playing on water maps. With no Galleons, Cannon Galleons or Heavy Demolition Ships, Aztecs are better off trying to transport to the enemy’s island than to keep the fight at sea.

Aztecs are a very military focused civilization. While you can build beautiful cities with them, they won’t be very strong. Although they can upgrade their walls to Fortfied walls, all their buildings lack a lot of defensive upgrades. Best to play very aggressively as the Aztecs! 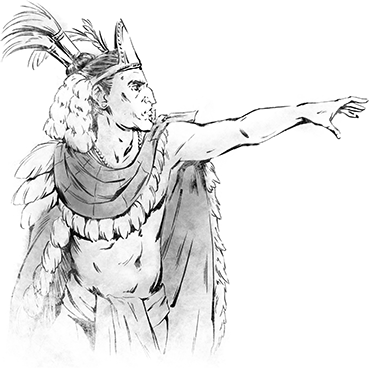 Political control of the populous and agriculturally rich central valley of Mexico fell into confusion after 1100. Gradually assuming ever-greater power were the Aztecs, probably a northern tribe that had migrated to the valley and occupied a minor town on the shore of the great central lake. They were a society that valued the skills of warriors above all others, and this emphasis gave them an advantage against rival tribes in the region. By the end of the 15th century, the Aztecs controlled all of central Mexico as a military empire that collected tribute from rivals.

The Aztec culture drew upon the experience of those that came before it and invented little that was new. They had an advanced agriculture that supported a very large population. They built immense buildings of grand design and flourished in many arts. They were adept metal workers, but had no iron. Lacking any suitable draft animal, they made no motive use of the wheel.

One of the distinctive features of the Aztec culture was its penchant for sacrifice. Aztec myths dictated that human blood be fed to the Sun to give it the strength to rise each day. Human sacrifices were conducted on a grand scale; several thousand in a single day were not uncommon. Victims were often decapitated or flayed, and hearts were cut from living victims. Sacrifices were conducted at the top of tall pyramids to be close to the sun and blood flowed down the steps. Although the Aztec economy was based primarily on corn (or maize), the people believed that crops depended on the regular provision of sacrificial blood.

The incessant demand for sacrificial victims meant that the Aztecs tolerated loose control over satellite cities because frequent revolts offered opportunities for capturing new victims. During times of peace, “garland wars” were arranged strictly as contests of courage and warrior skill, and for the purpose of capturing victims. They fought with wooden clubs to maim and stun, rather than kill. When fighting to kill, the clubs were studded with obsidian blades.

Despite their great agriculture and arts, the Aztecs appear in retrospect to have been a waning society. They passed on no significant technology or ideas of religion or political theory. Their civilization was brought to an abrupt end by the arrival of the Spanish in the early 16th century. Already devastated by European disease passed by early traders, they fell to a small Spanish army armed with steel weapons, firearms, and riding a few horses. The cruelty of the Aztecs contributed to their downfall by making it easy for the Spanish to enlist allies among the non-Aztecs in Mexico.