It’s that time again when we proudly welcome a Heavy Transport’s worth of new Age of Empires: Definitive Edition improvements! So please chant along with your best wololo for Update 10! 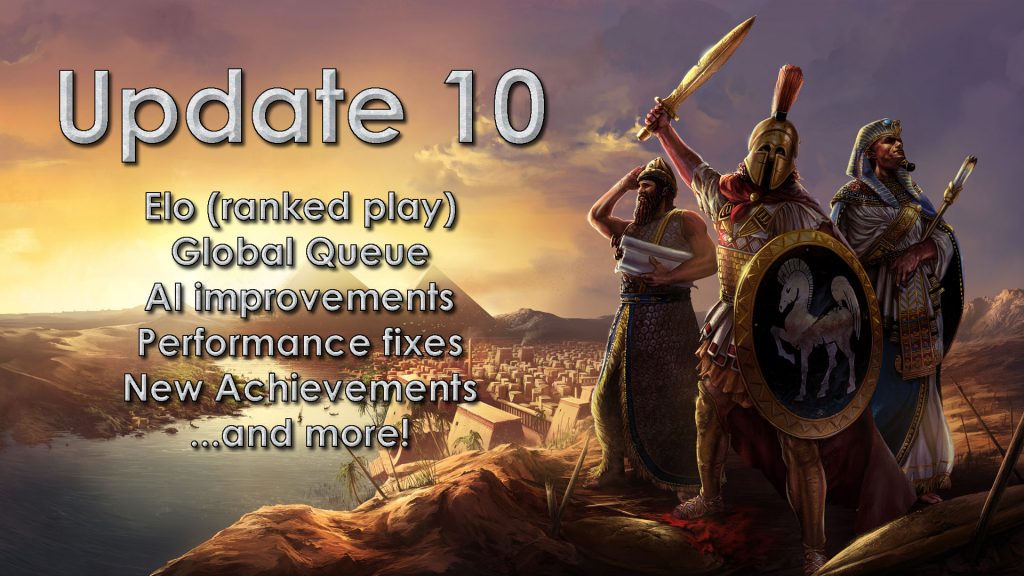 Update 10 comes packed full of fixes and features: including new Elo and ranked play options, an in-game global queue to keep track of all the units and techs across your town, numerous improvements to the AI and decision-making of computer-controlled teams, and much, much more! Be sure to read through the list below to stay ahead of your enemies.

Remember that you’ll need update your game in the Windows Store:

We hope you enjoy everything we’ve included in this latest update! Feel free to post your initial thoughts below, or join in to the full discussion over on the official forum!

Update 10 introduces several advancements to individual unit AI, as well as to the tactical capabilities of your computer-controlled opponents. All of this is to provide more precise control and greater challenges on the battlefield.

Several new Xbox Live achievements have been added to test your skills! You can view the full list of challenges as well as your progress by signing into your Xbox account page.