Welcome to Age of Empires II HD: The Forgotten; the first new official expansion for the Age of Empires II universe in over ten years. Challenge friends with five additional civilizations and technologies, battle through seven campaigns, vanquish opponents in new game modes on massive maps. 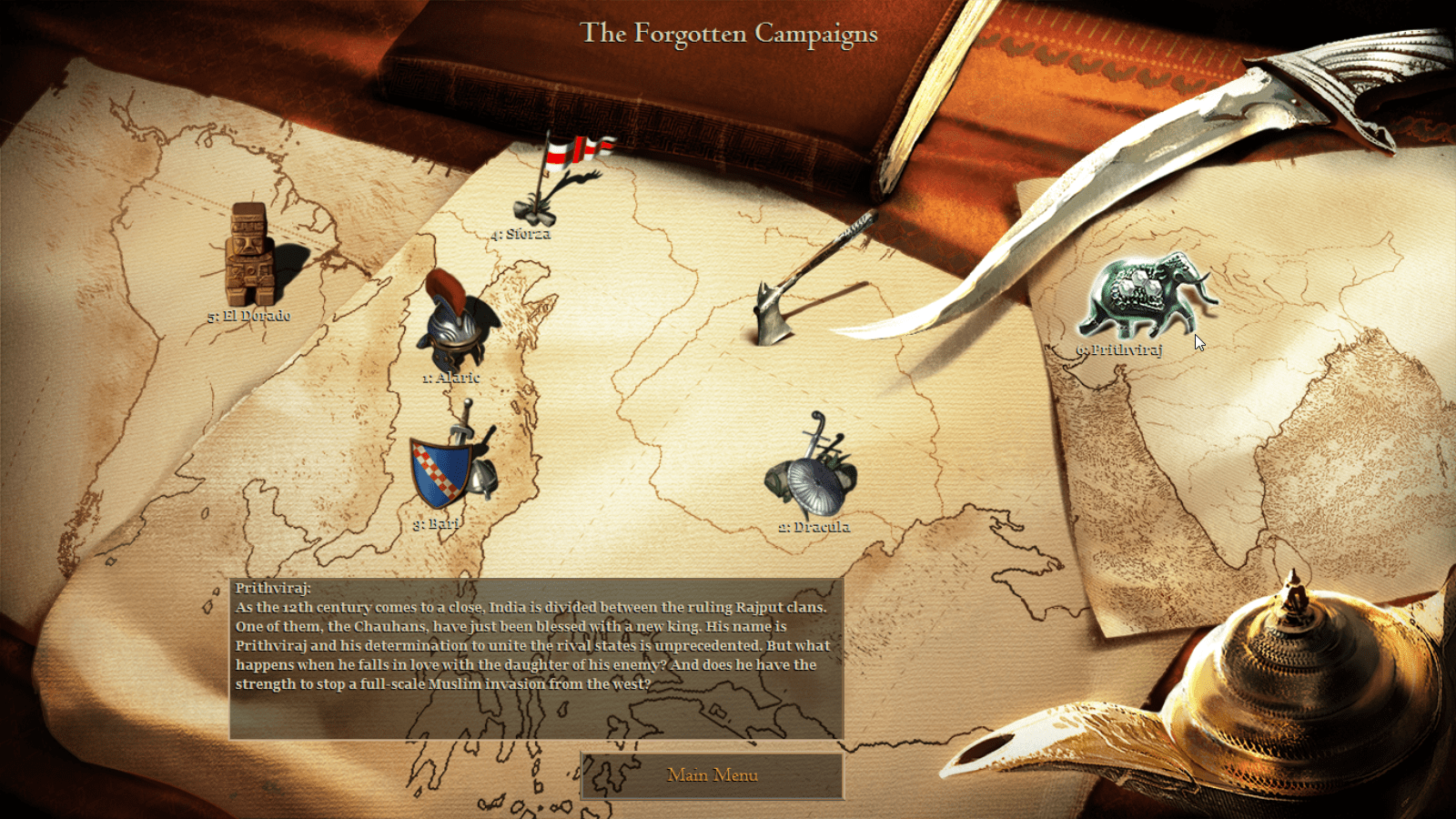 The project started as a huge community geared project and up till today, it still is. Special thanks to all the people who have helped us make a dream come true.

The new graphics that just came out for the forgotten are awesome! Thank you so much! 😀

First of all a giant thanks for getting AOE 2 back to life. Your work is beautiful.Bravo people! I have a question that may have been answered before, although with the new expansion things may have changed. Having in mind that the nice addition of voice acting in the new african dlc, is there any project for getting voices in the forgotten dlc? It would be absolutely marvelous. It will make the the forgottens’ campaigns to come to life!

Here is a small beginners guide for the game I made (in german language). The content is collected from videos and strategy advices from the web. https://raw.githubusercontent.com/jackmcrider/aoe2-blatt/master/aoe2.pdf

Check out For Age of Empires II HD The African Kingdom

can i get the forgotten for aoc or is it the same as forgotten empires?

Well.. I Highly you to buy Age of Empires II HD The African Kingdom. It’s very cool, and it fixs many old bug and many improvement.

My childhood game.I still enjoy playing but it does have a lot of crashes.Can you please fix all these issues soon?

Why Cant you guys continue updating for the originals? I find it very irritating how I bought the original game (Age of Kings and Conquerors) and a few years later find out they’ve created a new HD version with no possibility of me to play updated versions of these mods. Why Can’t I play an updated version of these DLCs without needing to re-buy the originals?

Please release this as a retail disc purchase too. Steam just sucks.